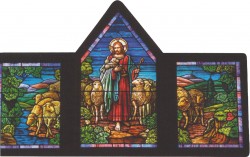 In order to meet the spiritual needs of the Catholic faithful in the Dexter area, a mission was established in Dexter in 1889. Four years later, it became a mission of Sacred Heart Parish in Poplar Bluff. Mass was celebrated in the homes of parishioners until land was purchased and a small white-frame church was built in 1898.
In 1909, Sacred Heart became a mission of Malden, with the Fr. Bernard Ponce de Leon appointed to serve as pastor for both communities. He ministered to the two parishes for 25 years. The parish continued to grow in the 1930’s and 1940’s. Due to this growth, Fr. Raymond Slay was appointed first resident pastor in 1949.

A home was purchased in that same year and served as the rectory. In 1954, a beautiful new brick church and parish hall were constructed. In 1956, the parish was transferred from the Archdiocese of St. Louis to the newly established Diocese of Springfield-Cape Girardeau. In 1966, CCD classes were organized and new classrooms were added to the church hall in 1972.

In 1988, to meet the needs of a growing parish, a new 8,000 square foot parish center was constructed and 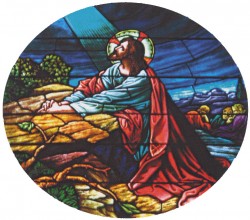 dedicated. At the same time, renovations were also made to the existing parish hall. Sacred Heart Parish celebrated its centennial in 1889. After 100 years, the parish community in Dexter continues to grow. Currently, the parish community is composed of families from Dexter, Bell City, Bloomfield, Essex, Bernie, Wappapello, and Puxico.
Nearly 100 years after the first mission was instituted, the parish dedicated a new 8,000 square foot. parish center in 1988, not only to serve the needs of the parish, but also the social community. The center is used for the wedding receptions, birthday parties, basketball practice, Boy and Girl Scout meetings, fund-raising events, and blood drives.