The history of St. Teresa Parish began in 1905. Fr. Frederick Peters was working in Jefferson City when Archbishop John Glennon called him to start a town and parish on 12,500 acres of swamp land and cutover timber bought by the Archdiocese of St. Louis. The land purchase, along with Wilhelmina, was part of Archbishop Glennon’s desire to promote the colonization movement of that time, offering Catholic immigrants the opportunity to purchase farmland in a community setting to escape the crowded conditions of the industrialized city.

Fr. Peters arrived at the site of an abandoned lumber town called Paragon. The old sawmill was still there, though in disarray. Fr. Peters reset the machinery, dug it out of the mud and prepared it to saw lumber. With the help of two men from Malden, over one million feet of lumber were sawed to build homes for future parishioners. 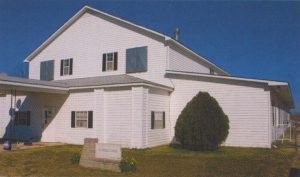 Fr. Peters built a church made of lumber he had sawed. In 1930, an increasing number of families moving in prompted the building of a school. Although part of the public school system, the teachers were Ursulines.

Fr. Peters served St. Teresa parish until his death in 1956. During his life, Fr. Peters was instrumental in the construction of Wappapello Lake and Dam to control the seasonal flooding that had plagued the Bootheel. As a founding member of the Ozark Border Electric Co-op, he helped bring electricity to the area. He also took care of the medical needs of Catholics and non-Catholics in the area. As a result, Msgr. Peters was among the first group to be inducted into the Dunklin County Hall of Honor in 2003.

In 1978, the Catholic people of Campbell (St. Mary Chapel), Wilhelmina (Sacred Heart Parish), and Glennonville were united into one parish at St. Teresa’s. Throughout the years, St. Teresa Parish has been the source of numerous vocations to the priesthood and the religious life. In 2005, a new school was built (see the ‘Parish Related’ tab).

Sunday
varies and by appointment 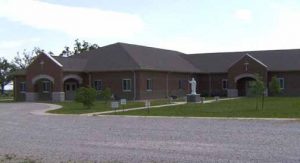